Xiaomi Gaming Speed Boost Mode is an extremely powerful tool to play your Android games in an optimal performance. Gaming Speed Boost frees up your phone memory & close unused apps/tasks to boost best environment for your Android Game play. This app also features “Game Mode” where you can choose to apply specified phone environment for your game.
This feature will unleash your phone potential and bring your game play experience to the next level!
– Put all your games in one place
– Restrict background activities and download speed to save battery and bandwidth for gaming
– Don’t let buttons and notifications distract you
Gaming Speed Boost Mode Settings

– Battery Saver: Restrict background processes to save battery for gaming
– Connection Priority: Limit download speed to have enough bandwidth for gaming
– Turn off buttons: Double tap the buttons to turn them back on
– DND: Turn off all notifications except for incoming calls.

– The new MIUI sees a major visual overhaul in its latest avatar. The pull down notification panel now has a consolidated list and a weather panel at the top that automatically changes colour (and animation) according to the weather. Moreover, the colour changing status bar and animations have been incorporated in other apps across the user interface as well. MIUI 8 Wallpaper Carousel feature will allow users to access high-quality daily lock screens consisting of up to 12 categories.
– The revamped Gallery app on-board the MIUI 8 will allow users to add filters, stickers and crop their images. The new UI also supports video editing as well as Quick share controls. There’s also a nifty screenshot scrolling feature that allows for multi-screen scrolling screenshots and editing them further.
– MIUI 8 also supports what Xiaomi calls dual apps which will allow users to run two different accounts of the same app, like WhatsApp and Facebook on one device. It also brings in a second space feature that allows for separate home and professional work places – home screens — each with their own password/fingerprint protect log-in. Each space can have a different home screen, different apps, separate user data and independent photo storage.
– MIUI 8 adds a handy Quick Ball feature that pins a quick access shortcut on the home screen that can also be accessed from the lockscreen, making one-handed operation a breeze. Actions can be customised to the user’s liking.
– MIUI 8’s improved Caller ID feature now shows you who is calling more intuitively, and also has contact details of popular businesses like Amazon India so you can call them even if you don’t know their numbers. The Caller ID feature also works in messages.
– MIUI 8 also allows for one-touch SMS recharge service. Mi India has partnered with Mobikwik for the purpose. When users receive a message from their telecom or DTH service provider informing them of a low balance, it will provide an automatic option of ‘Recharge Now’ right below the message.
– MIUI 8 supports T9 Hindi search on the dialer app which will enable users to search more than 1,000 public numbers of the most popular businesses in India, automatically bringing up the number to make outgoing calls. What do you think about this new feature? 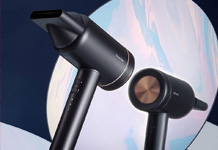 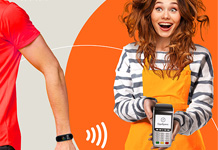 Xiaomi News
Jun 20, 2020
Russia is the first market in the world to launch Mi Smart Band 4 NFC
© Xiaomi Pedia
We use cookies to ensure that we give you the best experience on our website. If you continue to use this site we will assume that you are happy with it.Ok